Sell Sheet - An Emperor for the Eclipse

Home MediaSell Sheet – An Emperor for the Eclipse

Title: An Emperor for the Eclipse

He was expendable. He was a sacrifice. He was the emperor.

Raothan Ga’ardahn wants to take his own life. Twelve years in exile have a way of beating a man down, and the shameful secrets of his past, no matter how far buried, weigh enough to keep him that way. The last thing standing between him and oblivion is a sign from the gods. That, and a unit of Imperial Guard trooping onto his farm one late summer’s afternoon. What could the empire possibly want with a foreigner like him?

Across the continent, the Taunai heed the warnings of their dead: act to correct an unforeseen fracture in the Pattern of events, or face annihilation. Niquel, their bravest Questioner, accepts the challenge to descend into the dangers of the lowlander capital for the good of her people. A journey alone away from her snowy mountain home awaits. Any worry about the strange man in her dreams will have to come later.

When the paths of the two outsiders cross on the steps of the imperial palace at Protreo, the fate of the empire shifts. One the Novamneans call ‘exile’, the other they call ‘witch’. Neither will ever be the same.

Eris Adderly transports you to a complex world of ancient empires, impossible alliances, politics, and mystery. Fate and free will do a murderous dance across the page, and suspicious second chances forge enemies and lovers at every turn. 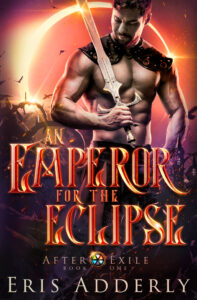 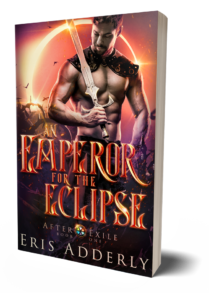